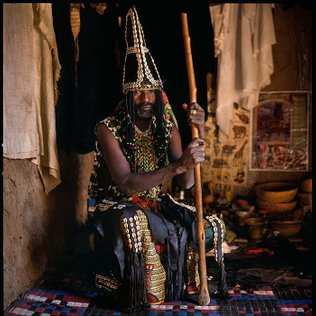 QUEENS OF THE DESERT

In Niger, a West African country in the middle of the Sahara, you can still find traditional healers. When performing rituals they are dressed up. There is no limit on who will become a healer, but in general they all have a kind of quality beyond the ordinary. In contact with the spirits they can predict the future. Some of them. Many also join the 'club' because they have a kind of deviant behavior in their society, like gays. Here they can dress up as drag queens, as in the real world they can't express themselves.